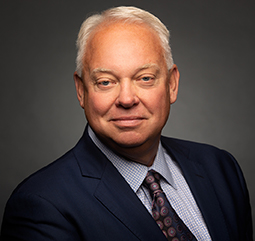 R Philip Clements, co-founder of Physicians Rehab Solution, served as Chief Financial Officer for Integrity Rehab Group. As co-founder of IRG, Clements provided a thorough knowledge of finance combined with in-depth expertise in rehab management. Phil pioneered the most widely accepted physician-based rehab model in use today and is affectionately regarded in the industry as the father of physician-based rehab. Phil’s passion for quality rehab services and patients, combined with practical, real-world business principles, has been the hallmark of his success. From June 1994 through April 2001, Clements served as Chief Financial Officer for DiversiCare Rehab Services, a regionally recognized full-service rehab company specializing in physician outpatient clinics and hospital-based services.  Prior to joining DiversiCare, Clements served as Chief Operating Officer and Executive Administrator of Southern Kentucky Rehab Services, a Kentucky-based outpatient rehab company.

Philip is a graduate of the University of Kentucky, where he played varsity golf and holds a Bachelors of Science degree in Finance.  He and his wife have three sons; they reside in Elizabethtown, Kentucky, where he has been known to play an occasional round of golf.